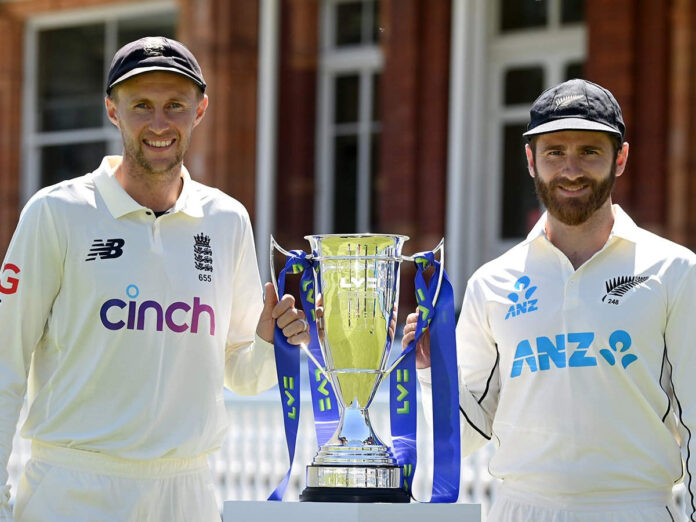 After an eventful but resultless First Test at Lords, England and New Zealand travel a few miles North to Edgbaston for the deciding second Test. With plenty to think about for both teams with respect to the team balance and combinations, it will be interesting to see how they approach the game.

New Zealand: Seeking momentum ahead of the WTC Final

There are a few injury concerns for New Zealand to look after. Kane Williamson is unavailable with an injured elbow, while Mitch Santner, who suffered a cut to his hand the other game, is also ruled out. Will Young is likely to replace the New Zealand skipper at No.3. The replacement for Santner though will depend on the Kiwis’ plans to whether field an additional pacer. Their ace, Trent Boult who is out of quarantine and available for the upcoming Test, may replace the sole spinner completing an all-pace Kiwi attack. Having said that, the team can also choose for resting Southee for Boult to keep him ready for the finale next week alongside either of AJaz Patel or Rachin Ravindra to replace Santner.

New Zealand will be led by the stand-in skipper Tom Latham in absence of Kane Williamson. Latham has been extremely dependable at the top for the Black Caps and can be resourceful with his insights into the game. It will be of great excitement to see how he rotates his bowlers around, especially with the kind of diverse options he may possess. Ross Taylor with his experience would be the key in the middle order alongside BJ Watling. The wicket-keeper into his second-last Test match will be eager on stepping up to the side’s needs and delivering a powerpack performance.

However, the one player to look out for will be Devon Conway. Only the first overseas debutant since Ganguly 1995 to score a century on debut at Lords, Conway has taken New Zealand cricket to new heights in the past year. Taking on each and every format with the same intensity, discipline, and a sounding approach, Conway has made himself a great name and reputation in short while. The left-hander will be fresh from his double hundred in the last game and will look to continue his form building up to the WTC Final against India.

England: Getting over the Twitter mayhem before the Second Test

The hosts England have been in the news for all the wrong reasons. The limelight on their debutant Ollie Robinson and his tweets from yesteryears stirred a debate that resulted in his international ban till the investigation was complete. The unrest went even further with tweets from likes of James Anderson, Eoin Morgan, and Jos Buttler also been found and criticized for mockery. While the ECB continues to investigate and evaluate all old tweets, England has the uphill task of getting itself back to cricket and performing where it matters.

Joe Root, prior to the Second Test:
“We want to try and make positive change in our sport. We want to make it a better place. Of course, there have been some uncomfortable things come to light over the past week and we have to own that and accept that. As a team, we will continue to talk about it because it’s important but as professionals, we know we have a job to do this week.”

The form of Rory Burns going into the Edgbaston Test is heartening to see. The left-hander will look to continue his dream run on the ground that marked his maiden century in 2019 Ashes. Dom Sibley too was amazing with his resolute defenses ensuring that England did not lose the First Test. The concern with the bat, however, lies in the middle order of Olly Pope, Zak Crawley, Dan Lawrence, and the keeper James Bracey.

In absence of their experienced players like Stokes and Buttler, it is up to these talented players to give England the stability that they need. To worsen it further, the English bowling department had not been to their absolute best either. The bowlers were effective in patches but let it lose in the middle overs of the innings. They also lacked a spinner in the lineup, a place likely to be taken up by Jack Leach in the upcoming Second Test. England in pursuit of managing the workload could also opt for an Olly Stone or Craig Overton in place of Mark Wood.

Edgbaston is also set to welcome almost a full capacity crowd on the eve of the Second Test to the stadium. The two teams, for the first time in the world since the beginning of the pandemic, will see a full house in England for a Test match. Needless to say, we are in for a thriller of a contest in this series decider.