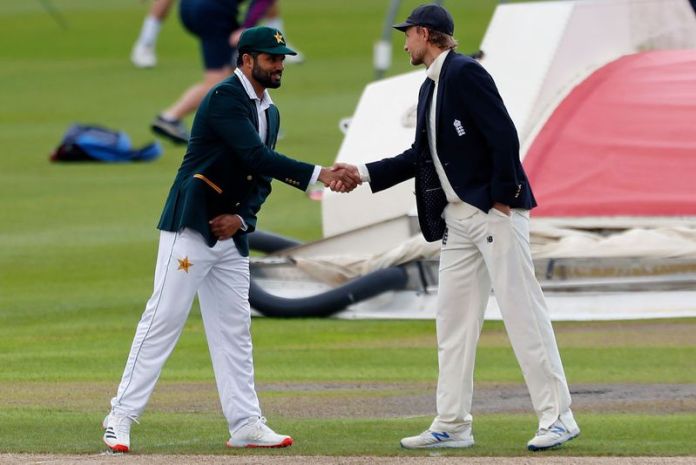 The First Test at Manchester was arguably one of the most dramatic ends to a Test match in recent times. While Pakistan remained at the top for most time, England sealed the win coming from behind. Having said, either team will be keen on winning at the Ageas Bowl in the second Test starting this Thursday.

Story of the First Test:

The hosts England, have coped up well after the initial setback in the first Test against West Indies have coped up well. Everytime the team has entered troubled waters, the team has managed to find a saviour within. Jos Buttler and Chris Woakes’ 100+ run stand in the last match defined the depth and stature of England batting.

Pakistan on the other hand had ample positives to get motivation from. Their performance with both bat and ball in the first innings was commendable. They managed to put opposition under pressure but failed to grapple them eventually. However, the visitors will be keen on improving their mistakes and making a mark in the Second Test.

James Anderson:
“It’s been a frustrating week for me personally. I’ve not bowled very well and felt out of rhythm. For the first time in probably 10 years I got a little bit emotional on the field. I got a bit frustrated and let it get to me a little bit. It reminded me of when I first started playing, when you get frustrated and a little bit angry, you try and bowl quicker and quicker and it doesn’t help.”

One of the major concerns for England will be the unavailability of their star all-rounder Ben Stokes. The southpaw announced a break from cricket sighting family reasons and has flown back to his home in New Zealand. Although he did not have any significant contributions at Manchester, the left hander will be dearly missed on the field. Young quick Ollie Robbieson has been included in the 14-member England squad as a replacement. Not only has it left England with a fixed set of frontline batsmen but has also forced them to pick only 5 of the 7 available bowlers. While the milestone man Stuart Broad and Chris Woakes are certain to feature in the playing XI, the spinner Dom Bess is understood to be an obvious spin choice.

James Anderson, England’s leading Test wicket taker who is in recent news for his weak form, is also expected to make the cut after captain Joe Root backed the speedster in the press conference. Anderson is only 10 shy of 600 Test wickets and might well look to get to the milestone in style. England Cricket Team will therefore have to make the tough choice between the debutant Robbieson, Jofra Archer and Mark Wood. Given the capabilities with the bat, Wood is most likely to be featured.

Pakistan though is likely to go unchanged into the Ageas Bowl Test. Yasir Shah, the experienced veteran has been in good form and will be expected to continue the same. The only possible change could be speedster Sohail Khan in place of the leggie Shadab. But given the latter’s proficiency with the bat, his selection wouldn’t be a surprise.

Misbah ul Haq, Pakistan head coach:
“We should remember that we were right on top until pretty much the last session of the game and we played very good cricket. Sure, we need to improve 10 to 15 percent and deal with pressure situations a little better but we shouldn’t be mentally down.”

The Second Test: What to Expect?

The Ageas Bowl has staged a few exciting Test Matches in past and yet again, promises a thrilling encounter. Players from either teams would look to perform to the best of their abilities, provided the weather stays normal. Though a few showers expected throughout the Test match and especially on the fourth day, one expects enough overs to be played to ensure a result.

Cricket post the COVID19 pandemic is slowly and steadily returning to its full glory. The start of cricketing summer in England is a great inspiration for the sport across the globe and a blessing in real sense for the entire cricketing fraternity, cherishing sport in their respective homes.