The announcement is an extension to the World Super League announced in July 2018 alongside the World Test Championship. Thirteen teams, i.e. the 12 Test playing nations plus Netherlands, who won the ICC World Cricket League 2015-17, will feature in the Super League. The top seven teams will directly qualify for the 2023 World Cup alongside the hosts India.

As a part, each team will play four home and four away ODI series. The teams will be awarded 10 points for a win and 5 points each for No-Result or Tie. Each series will constitute three ODI games. However, the teams will be free to schedule additional games, results of which will not be considered for league points. 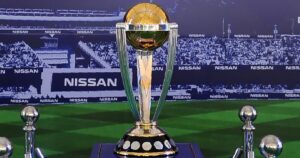 The World Cup Super League is set to begin with Ireland’s tour of England starting this Thursday and will continue till March 2022.

“The decision last week to move the (50-over) World Cup back to late 2023 gives us more time to schedule any games lost due to COVID-19 and preserve the integrity of the qualification process, meaning it will be decided on the field of play, which is important” – ICC general manager Geoff Allardice.

The Cricket World Cup League 2 series due to be hosted in Namibia in September and also involving Papua New Guinea and the United States has been postponed and will be rescheduled.