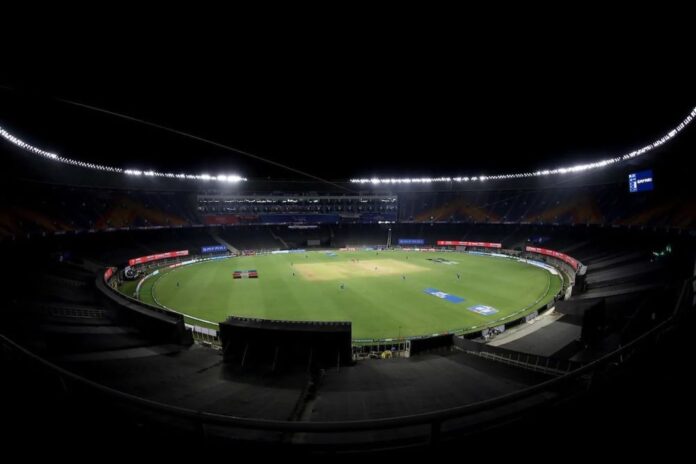 The Indian Premier League received a major setback on Monday when multiple players and staff members from a couple of teams were tested positive for COVID19. Varun Chakravarthy and Sandeep Warrier were tested positive from the Kolkata Knight Riders set-up and the entire team was sent to strict isolation in their respective rooms in Ahmedabad. While the infection for the two players as well as a potential threat for everyone in the team will be monitored, the said intrusion of virus forced BCCI to reschedule KKR’s match against RCB for a later date.

Multiple theories were postulated and conclusions were drawn till the official statement from IPL came in. The BCCI officials will be investigating further about the spread of infection and one expected to have a concrete understanding about the same soon. BCCI in their statement said:

“Both the players have isolated themselves from the rest of the squad. The Medical Team is in continuous touch with the duo and is monitoring their health. Meanwhile, the Kolkata Knight Riders have now moved towards a daily testing routine to identify any other possible cases and treat them at the earliest.

“The Medical Team is also determining the close and casual contacts of the two positive cases during the 48 hours prior to collection of the sample that returned the positive test results.”

Meanwhile the KKR CEO Venky Mysore also tweeted later in the day regarding the conditions of the players and their response to the treatment.

"There's plenty of cricket to be played, but the most important thing right now is the health and safety of all concerned." – @VenkyMysore@chakaravarthy29 @StarSportsIndia #SandeepWarrier #KKR #IPL2021 pic.twitter.com/iO1psuVZ7H

Delhi Capitals who last played a game against Kolkata Knight Riders have been put under isolation as well as a precautionary measure. The Punjab Kings who faced the Delhi Capitals the other day have also been alerted for any noticeable discomfort. The paramount importance is being given to the health of the players and the staff and the BCCI is extremely eager to get things back to normalcy as soon as possible.

In another development, three support staff members from the Chennai Super Kings camp were also tested positive for the virus. CSK CEO Kasi Viswanathan, bowling coach Lakshmipathi Balaji and one other member were reported positive according to news sources. A few staff members from DDCA are also suspected of a positive COVID19 test as per media reports. While any concrete details over both the situations are still pending, ICN360 through ESPN and Cricbuzz understands that BCCI has denied any further postponement of the games, and the Mumbai vs Hyderabad game is slated to begin as per schedule.

Meanwhile, there also have been rounds about the possibility of IPL being completely shifted to Mumbai by the weekend and the remainder of the tournament to be played in a single city. However, these theories and speculations that have been a talk of the town the whole day today have seen no end and one could only be sure once the official papers are out.

As it stands, the situation looks very delicate and we at ICN360 believe that the best decision in the interest of the players’ health, hygiene, as well as the entire COVID19 situation in the country should be taken. Also, we hereby appeal to everyone to not send any abuse, false claims, or trolls to any of these associated players as one only requires the support and positivity from his fans. Eventually, sport is only a better medium of enjoying life and not entirely bigger than life in itself.

It is not the time to call IPL 2021 off yet. The next few days will remain crucial with respect to how the condition of other players turns out and how BCCI and IPL handle the situation overall. Having said that, the most optimistic thought right now would be to have a resumption in IPL at least by the end of this week.