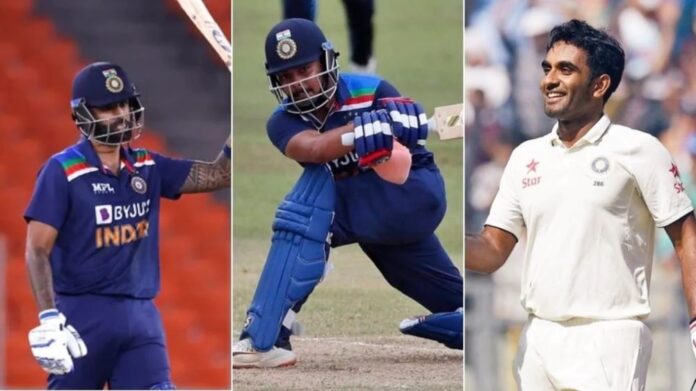 The Indian cricket team in England suffered a few blows last week with Avesh Khan and Washington Sundar injuring themselves playing for the County XI in the practice game. Shubhman Gill, India’s promising opener too has returned back to India following a leg injury. While the Test series is still a couple of weeks away, BCCI is said to be looking out for replacements to be sent to England. Prithvi Shaw and Suryakumar Yadav, who have been impressive against Sri Lanka in the ODIs, are likely to travel to England as per reports.

Joining them will be the Indian off-spinner Jayant Yadav, whose done well in the limited opportunities given. However, Yadav might take a later flight to England as he might have to undergo extra quarantine requirements. Shaw and Yadav meanwhile, already being in a bio-bubble are ready for air travel right away. The senior BCCI official also confirmed the development to PTI.

“Yes, Prithvi and Surya are flying to the UK from Sri Lanka. Jayant was also supposed to go but there has been some change in plans due to quarantine requirements. Jayant is now not going. Both players will have a bubble to bubble transfer from Colombo to London. Whether they will fly in the middle of the T20 Internationals (Shaw and Suryakumar are part of the team in Sri Lanka) or post that is being worked out,” the senior official told PTI.

“But yes, they are our replacement players for the Test series in England. They might just leave after the three T20 Internationals but we will get a confirmation in another three days.”

Ajinkya Rahane has had an injury concern with his hamstring recently and the inclusion of Suryakumar Yadav could be of great utility. The getting into the form of KL Rahul has also boosted the Indian batting lineup, while Shaw’s inclusion will also give a good backup to Mayank Agarwal, who is yet to strike some form.

The second practice match scheduled next week will help India settle in with their bowling lineup. Both Umesh Yadav and Mohammad Siraj have been highly impressive against County XI but only one of them is likely to make the cut to the playing XI. With only less than 2 weeks to go, the coming days will be an indication of what the Indian strategy looks like.