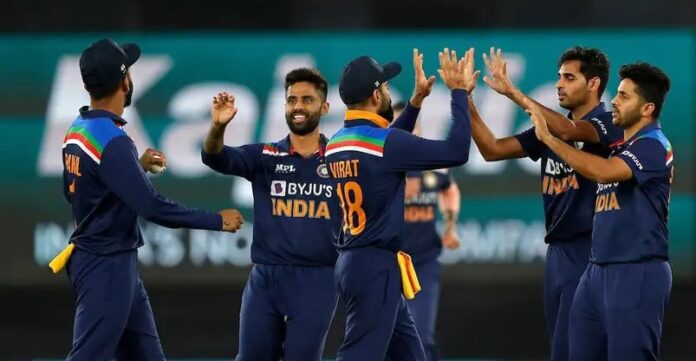 The past few months have been no short of a miracle as far as Indian cricket is concerned. The dream run that began with the T20I and then the inspirational Test triumph against Australia in Australia has seen no end to date. Devoid of all its main players, the Indian team pulled off an impossible win down under, and they rallied through the same form completing a clean sweep across formats against England at home. More than just the win, it is the brand of cricket that the Indian shave put on display that has made a mark. The young likes of Shardul Thakur, Washington Sundar, T Natarajan. Suryakumar Yadav amongst others has done terrifically well through these competitions.

Arguably, the one player who impressed the most through this last season has been Shardul Thakur. The Mumbaikar has done just about everything correctly, not only with the ball but also with the bat lower down in the order. His Test debut from 2018 against West Indies had lasted for only 10 deliveries, a heartbreak so bad that Thakur had to wait for 2 years to get his next opportunity. Playing at the Australian fortress of Gabba in front of a hostile crowd, Shardul first proved his mettle with the ball running away with three crucial wickets. It was in fact an innings where Shardul and the other two Indian Test debutants – Washington Sundar, and T Natarajan – claimed a 3-for each signifying the depth of the squad and the undying spirit of India.

Shardul’s most memorable knock of the Australian summer however came a day later with the bat. With India struggling at 186/6 in pursuit of 369 in the first innings, Shardul and Sundar stitched a crucial 123 run stand to take India close. They were watchful early on but did not let the Australian bowlers take control. The resilience, fearlessness, temperament, and technique on display were only an indication of what was slated to come in near future. Courtesy of that crucial partnership in the first innings, and the heroics of other Indian youngsters, Rishabh Pant and Shubhman Gil with the bat and Mohammad Siraj with the ball, India went on to win the Gabba Test, breaking the Aussie fortress of 33 years. The win was a template to how Test cricket was to be played in foreign conditions and it got the Indian juggernaut rolling for months to come.

The Test series against England did not begin as planned, but the Indians did exceedingly well to come back from one down to win the series 3-1. Yes, there were a few veterans this time who led the Indian setup, but the young Rishabh Pant and Mohammad Siraj also played a key role in unsettling the Englishmen. The kind of form India had got itself into by the time the limited-overs series arrived was unparalleled. The white-ball leg was set to field few more young players from the domestic circuit, and the entire cricketing world had a keen eye on the happenings. Going against the No.1 side in the world, the incoming players did not disappoint. Each of Ishan Kishan, Suryakumar Yadav, and Krunal Pandya, who were to debut due course of the ODI and T20I series, scored a fifty and won the Man of the Match award in only their first match.

The crux of the two series came in the respective deciders when India triumphed over England with relative ease. The T20I leg was dominated by Virat Kohli who cruised through with multiple half-centuries taking India home on most occasions. He was also ably supported by Ishan Kishan, Suryakumar Yadav, Rishabh Pant, and Hardik Pandya in the middle. Even here, Shardul Thakur played a crucial role in breaking partnerships. Though he was taken for a few runs in the initial overs, he came back well to strike not once, not twice but thrice and setting up the Indian win. Incidentally, even in the ODI series decider, Shardul walked away as the most impressive Indian bowler with 4 wickets. He took a beating from the England top-order alright, but found ways of coming back at the opposition with key break-throughs. T Natarajan, the IPL sensation and the miracle-man from down under, bowled a well-tempered last over to nullify Sam Curran’s threat ensuring an Indian win.

These victories for team India were a lot more than just Indian wins. Or as Virat Kohli would put it, “Few of the sweetest wins that India’s ever been a part of”. These complete performances came on the back of a wonderful set of young players that have come forward in Indian cricket. The kind of domestic rebuilding that the Ganguly-led BCCI has brought up alongside Dravid-led NCA, has been phenomenal. It has made the players more matured and responsible and the domestic leagues and India A games have brought in a structure. The Indian Premier League (IPL) has made a huge difference in the approach of these players. Even in the Indian team, Kohli and Shastri have together created a culture aiding the youngsters to step up whenever there’s an opportunity floated at them. Having said, it’s only the start of the transformation that Indian cricket has witnessed in the last couple of years. The young Indian contingent has ample promise and it’s only time that it glorifies Indian cricket in the future, hopefully with all the missing ICC Titles.