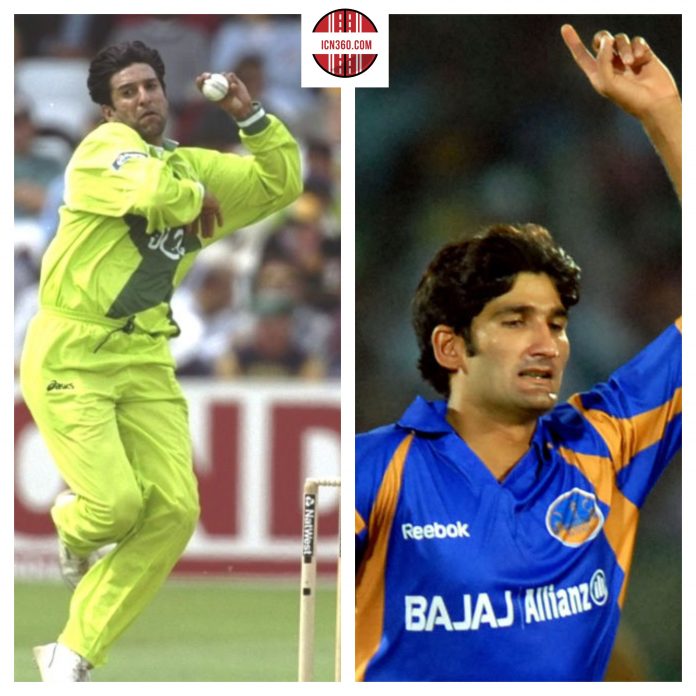 Over the years, cricket has been revolutionized tremendously. The pace of the game has changed to make many believe that it favours more to the batsman. The bowlers however have always played a key part and will continue to do so. In the 120+ years of cricket history, every day of the calendar has earned its own significance and May 4th can be aptly termed as the ‘Bowlers day out’ for one of cricket’s finest bowling performances.

This day, that year:

It was on this day in 1990 when Wasim Akram took his second ODI hattrick in the Australasia Cup final against Australia at Sharjah. Pakistan had beaten New Zealand and India in their two league encounters. The captain Imran Khan was confident of winning the title against the Alan Border-led team, also unbeatable in the group stages.

Pakistan in the first innings set the Aussies a target of 261, courtesy Saleem Malik’s half century and 35-ball blasting finish from Wasim Akram. It was perhaps during the batting that Akram’s form was already stated. He carried the momentum through and bowled well with the new ball. But it was his crucial hat-trick at the back end that proved match-winning for Pakistan. Akram’s pace and accuracy was too much for the Australian tail-enders to handle. In the 47th over, Akram dismissed Merv Hughes, Carl Rackemann and Terry Alderman off consecutive deliveries becoming only the first man ever to take 2 hat tricks in ODIs.

The Sultan of Swing went on to record many monumental performances for Pakistan, thereby inspiring a generation of swing bowlers. Following the footsteps Sohail Tanvir, the left-arm pacer made significant inroads in international cricket as well as domestic T20 leagues. on this very day, 19 years later in 2008, went on to attain the best bowling figures ever in an IPL encounter. Playing for the Rajasthan Royals, the Pakistani international grabbed 6 for 14 against the Chennai Super Kings. The record stood for almost 11 years before Alzarri Joseph (MI) gave away only 12 runs for his six wickets last year.

The Super Kings asked the hosts Rajasthan Royals to bowl straight away. Sohail Tanvir with his deceptive action began right on the money. He dismissed both the Chennai openers in the first over setting up the one. Ably supported by Watson and Munaf from the other end, Tanvir ran through Chennai’s top order. His short burst in the end earned another 3 wickets, restricting CSK’s total to a mere 110. Though Rajasthan chased the score with ease, the day is widely remembered for Tanvir’s magical spell. It was the only edition of the IPL where players from Pakistan were allowed to participate. Rajasthan went on to win the title and Sohail Tanvir played a key role in the pursuit. He was the leading wicket taker that season also giving IPL one of it’s finest cricketing moments.

“No one in the cricketing fraternity had expected a 6 wicket haul in T20. Sohail Tanvir, only in his first IPL, took everyone by surprise”

It’s interesting how bowlers have adapted to the frequently evolving nature of the game. Their responsibility has only increased due course. The young talents from across the globe have come out with ample tricks up their sleeves. And in an era where batsmen possess the ability to take the game away quickly, bowlers have ensured their proof of existence throughout. Won’t be surprised to see many more stunning bowling spells in future. And dare I say, one of them might come on May 4th (The Bowler’s Day Out)!!