The Indian Premier League (IPL) started on 18th April 2008 with Brendon McCullum scoring 154* in the opening match. Since then the IPL has become a hit around the world with top-quality international players along with young domestic Indian players.

In the 12 years history of the best tournament in the world, there have been great players who have entertained the crowd. The Indian Premier League is a platform to showcase their talent and become a part of the national squad.

These top-quality Indian and International players have made a major impact in the 12 seasons so far. Here we look at the Best 6 players in Indian Premier League history. 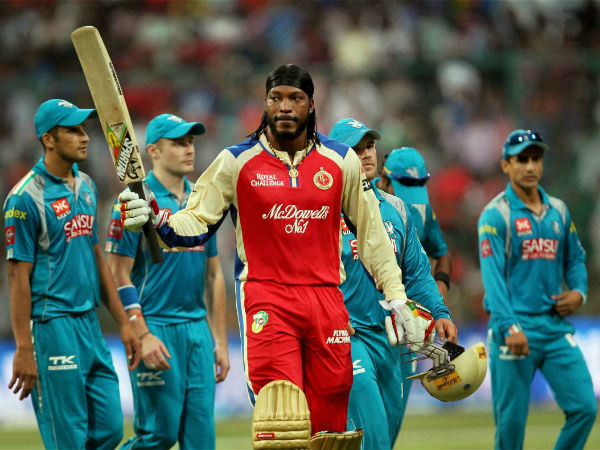 Chris Gayle scoring the highest score in T20 of 175 against Pune Warriors India.

Gayle is one of the greatest players that the Indian Premier League has seen so far. He made his IPL debut for Kolkata Knight Riders in 2009 and featured them till 2010. In the two seasons he played for KKR, Gayle made 463 runs from 16 matches with the best score of 88. The explosive left-handed West Indies batsman did not score any fifty in 2009. In 2010, Gayle posted 2 half-centuries.

In the 2012 edition, Gayle made a big statement with 733 runs from 15 matches with 1 century and 7 half-centuries. His best score in the tournament was 128 not out. For his 733 runs, Gayle was awarded the Orange Cap.

The 2013 edition of IPL saw Chris Gayle plunder Pune Warriors India smashing 175 not out off 66 balls which remains the highest individual T20 total to date. He holds the record of scoring the fastest century in T20 cricket off 30 balls in the 175 knocks against Pune Warriors. During that season, he scored 708 runs from 16 matches with 1 century and 4 half-centuries. He made just 196 runs from 9 matches in 2014 with no noticeable performances.

Despite RCB reaching the finals of the 2016 edition, Gayle played 10 matches and scored 227 runs with 2 half-centuries with the best score of 76. He failed again in the 2017 edition with just 200 runs from 9 matches with 1 half-century only.

After his failures in 2017, Gayle was bought by Kings XI Punjab in 2018. Opening the innings, Gayle scored 368 from 11 matches with 1 century and 3 half-centuries. His best score in the 2018 edition was 104* against Sunrisers Hyderabad.

He was retained by Kings XI Punjab franchise in the 2019 edition and scored 490 runs from 13 matches with 4 half-centuries. His best score in the tournament was 99*. He is the only player in IPL history to score 6 centuries so far.

In the Indian Premier League history, Gayle has the record of hitting 326 sixes in 124 innings which proves his hard-hitting abilities.

Virat is the only player in IPL history to play for a single franchise since the start. He is currently the leading run-getter so far with 5412 runs from 177 matches (169 innings) with 5 centuries and 36 half-centuries.

He is the only batsman to score the greatest number of runs in an IPL edition so far. Leading from the front, Kohli made a staggering 973 runs from 16 matches with an amazing average of 81.08. In that season, he scored 4 centuries and 7 half-centuries. His best score in the tournament was 113 against Kings XI Punjab.

Despite Royal Challengers Bangalore finishing last in 2018 edition, Kohli led from the front with 530 runs from 14 matches at an average of 48.18 which included 4 half-centuries. His best score in the 2018 edition was 92* against Mumbai Indians.

In last year’s edition, Kohli posted 464 runs from 14 matches with an average of 33.14. He hit 1 century and 2 half-centuries. His best score in the tournament was 100 against Kolkata Knight Riders at Eden Gardens, Kolkata. Despite his efforts, RCB finished last in the points table. ABD is one of the best foreign players that IPL has seen to date. He made his debut for Delhi Daredevils in 2008 and played till 2010. After playing just 6 matches in the 2008 edition, de Villiers showed his skills during the 2009 edition.

He scored 465 runs from 15 matches with 1 century and 3 half-centuries. His best score in the tournament was 105 not out against Chennai Super Kings. During the 2010 edition, De Villiers scored just 111 runs from 7 matches with the best score of 45.

From 2011 onwards, ABD has been part of the Royal Challengers Bangalore squad. He has played some brilliant knocks which made life tough for opposition bowlers with innovative stroke play.

The South African batsman played a total of 154 matches and scored 4395 runs with 3 centuries and 33 half-centuries. 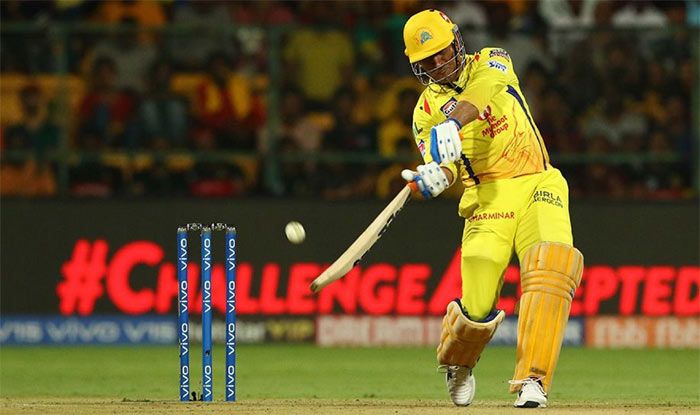 MSD is leading Indian batsman to hit most sixes in IPL. He has smashed 209 sixes from 170 innings. He has scored 4432 runs from 190 matches with 23 half-centuries. Under the leadership of MS Dhoni, Chennai Super Kings has reached the playoffs stage in every edition so far.

After CSK was banned for 2 years, Dhoni captained Rising Pune Supergiants team and led them to the finals in the 2017 edition. After a disappointing 2017 season for RPS, Dhoni returned in brilliant form with 455 runs from 16 matches.

His 84* off 48 against Royal Challengers Bangalore in 2019 is his highest score in IPL history so far.

MS Dhoni is one of the best wicket-keepers in IPL history with 38 stumpings. He is second among most catches with 94 since 2008. Malinga is the leading wicket-taker in IPL history. He has been a part of the Mumbai Indians franchise since 2009. The pace bowler has taken so far 170 wickets from 122 matches (122 innings) with an economy of 7.14 runs per over.

He has 6 four-wicket hauls in IPL history which is equal to Sunil Narine. Along with 6 four-wicket hauls, Malinga registered the best figures of 5/13. He played key roles in helping Mumbai Indians winning many matches from nowhere. He won the Purple Cap during the 2011 edition with 28 wickets from 16 matches.

DJ Bravo is one of the best all-rounders in IPL history. He made his debut for Mumbai Indians in 2008 and played for them till 2010. During that period, Bravo scored 457 runs from 30 matches. With the ball, he took 26 wickets.

Bravo is the fifth leading wicket-taker in IPL history with 147 wickets from 134 matches (131 innings) with 2 four-wicket hauls. With the bat, he has scored 1483 runs from 134 matches with the best score of 70* for Mumbai Indians in the 2009 edition.

From 2011 onwards, he was an integral part of the Chennai Super Kings side. Apart from Bhuvneshwar Kumar, Dwayne Bravo is the only bowler to win the Purple Cap twice in IPL history. His 32 wickets in 18 matches during the 2013 edition are the most number of wickets that a bowler has taken so far. He came with another brilliant performance in the 2015 edition with 26 wickets from 16 matches.

In 2015 again, Bravo showed his bowling skills by picking 26 wickets from 16 matches which helped CSK reach the playoffs stage.