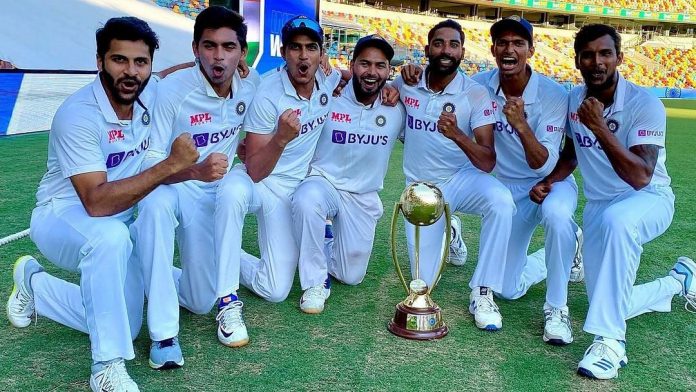 The Indian team pulled off a miracle down under in Australia and at the forefront of it all were the six debutants in the series. Injuries to a few of India’s dependable mainstays had put the pressure back on to the Indian bench, as Team India sought answers to unimaginable questions. So much so, that the Indian team eventually went back to the traveling net bowlers to fill in the voids created. But as it turned out, it was these debutants that took the responsibility to revive India’s pride and to complete it’s best ever overseas cricketing tour in 88-year history. However, the problem of plenty as often is in Indian cricket, has crept up back again with the return of a few senior veterans. The current availability and squad balance are unfortunately suggestive of only 1-2 debutants getting a game against England.

The return of Virat Kohli, Ishant Sharma, and R Ashwin to the side is a welcome boost moving into India’s elongated sub-continental home season. Moreover, the turning tracks in India and Sri Lanka are likely to prefer spin over pace as the fifth bowling option. As a result, the likes of Shardul Thakur and Mohammad Siraj might well face the axe against England. Thakur who impressed with the bat as well as the ball in the Brisbane Test was also looked at as a possible replacement to Hardik Pandya. However, with even Pandya returning into the mix for the England Tests, finding a place in the XI for the Mumbaikar would be difficult. The only two who might well make it to the playing XI though are opener Shubhman Gill and left-handed all-rounder Washington Sundar. Gill, who had been impressive throughout the series in Australia, is expected to continue his form with the bat. Meanwhile, Sundar’s fast and delusional off-spinners are also likely to get some game-time against England. Sundar’s exploit with the bat and his ability to both, play out overs and go on an attack, will also be a great boost to the team in the lower middle-order, especially in Jadeja’s absence.

However, Siraj, Shardul, Saini, and Natrajan will all play a key role in the training and development of the Indian team. India is slated to play in England this summer and, in all likelihood, is set to feature in the first-ever World Test Championship Final at Lords in June. One only hopes that these youngsters are given a fair run into the Test side and not neglected upon by BCCI and the Indian team.

There have been instances in the past, where a certain replacement player been left out despite impressive performances in the previous Test. The most famous of them have been Karun Nair, who after his triple hundred against England in 2016/17, hardly played a complete series after. The reasons are more so pertaining to the balance and the composition of the team at that point, but having said that, the BCCI and the Indian team management would look to build these youngsters well for the years to come. After all, it is the depth in the squad that distinguishes champion teams from the rest.