Let’s have a quick look at the Australian squad: 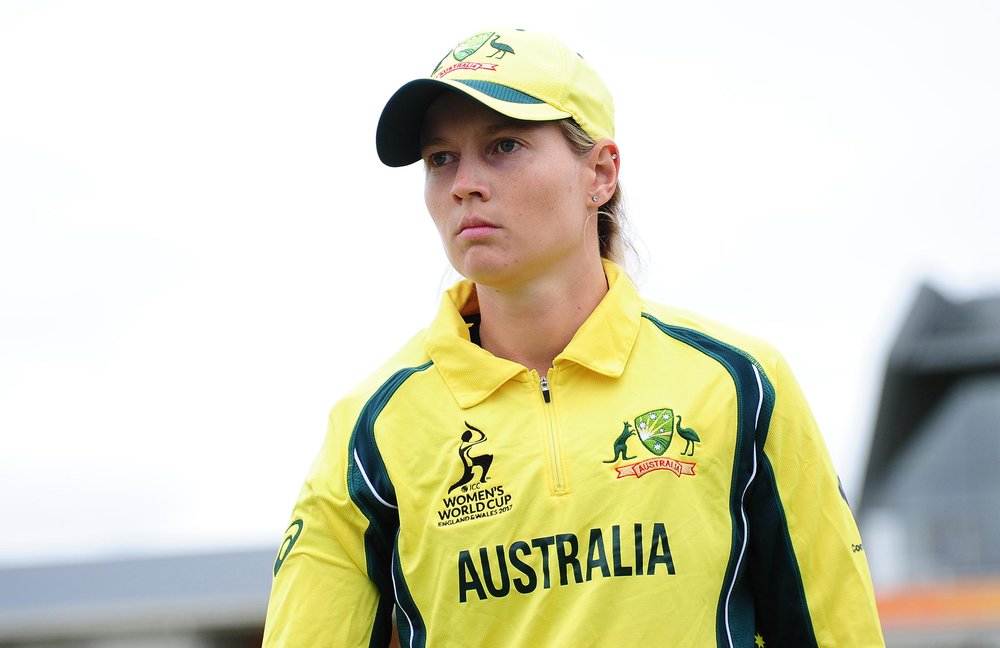 At just 26 years of age, Meg Lanning has been a superstar for Australia. She has been captaining the T20 for more than four years now and her success, both as a batswoman and captain has been incredible. The right hand bat was the third highest run getter in ICC Women’s World T20 2012. She is one of the best players at the top of the order who provides solidity to the Australian batting line-up. 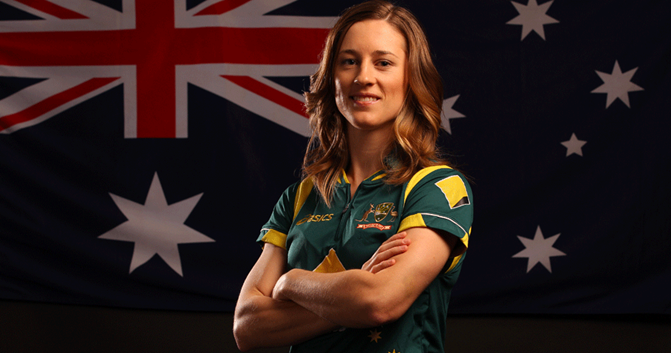 She is one of the senior players in the Australian squad, having played more than 40 T20Is. With a wealth of experience by her side, the left hand bat will look to join hands with her skipper and strengthen the batting of the side. The 31-year old was Australia’s leading run scorer in the Women’s World Cup 20123 that was held in India. 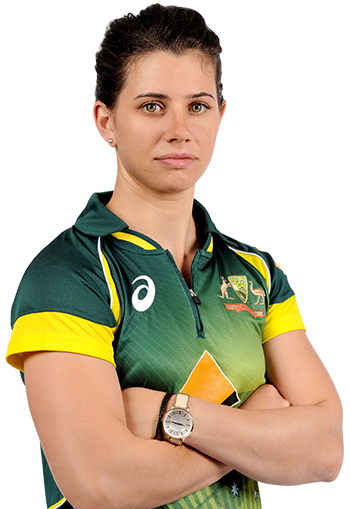 She is a surprise package in the Australian side. Despite her quality batting, the southpaw has played just two international two T20s for Australia. The 29 year old averages a healthy 46.22 in ODIs but somehow she has been unable to cement her place in the T20 side having played her last T20I in September 2016. Nicole also bowls off breaks that can be handy at crucial stages of the game. 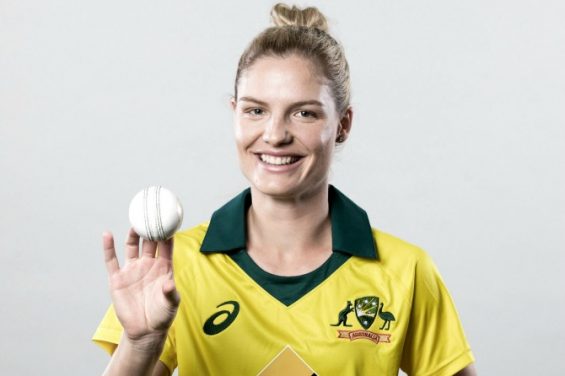 The 25 year old all-rounder from New South Wales has played just a single T20I early this year. Though she has a dearth of experience, there is no doubt that she has the ability to perform at the highest level. Carey is a left hand bat and a right arm medium pace bowler. 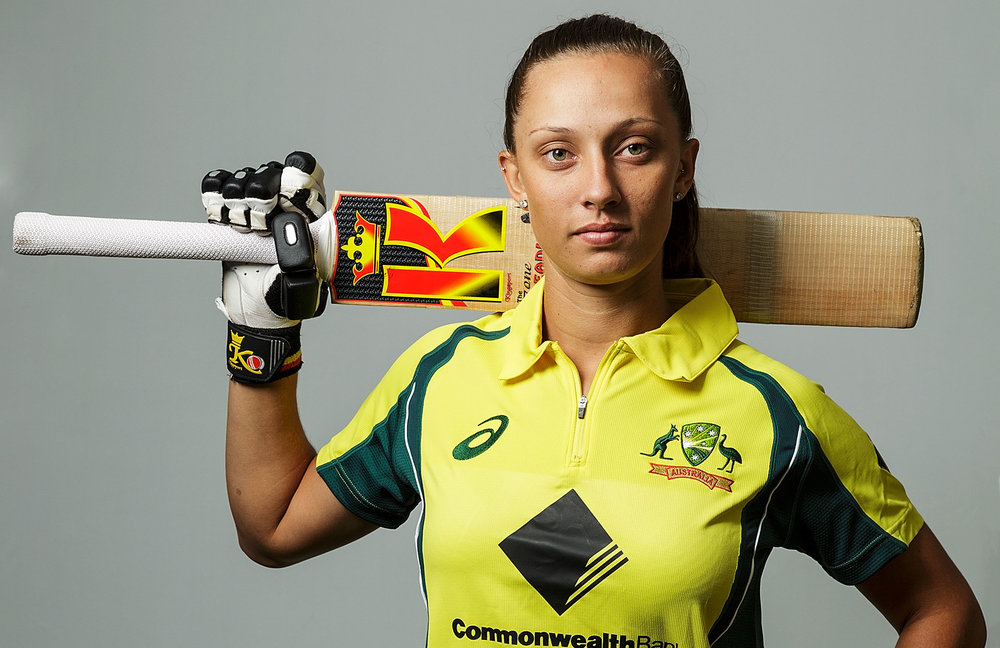 At just 21 years of age, the dashing all-rounder has had a wonderful ODI series against Pakistan facilitating a 3-0 clean sweep for her side. The aggressive middle order bat can tear apart any bowling attack into pieces. A lot will depend on Gardner if Australia has to capitalize in the middle overs. Her right arm off breaks are more than handy and provides the captain with an extra bowling option. 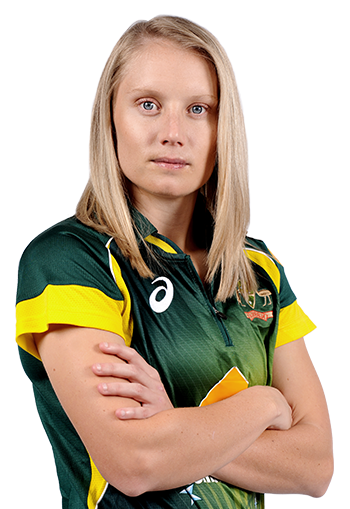 Australians are blessed to have Alyssa Healy guarding the stumps. The 28 year old has one of the safest pair of hands when it comes to wicket-keeping across the cricket playing nations. In addition to her excellent wicket-keeping skills, Alyssa is a dominating batswoman and has the ability to take the game away from opposition. 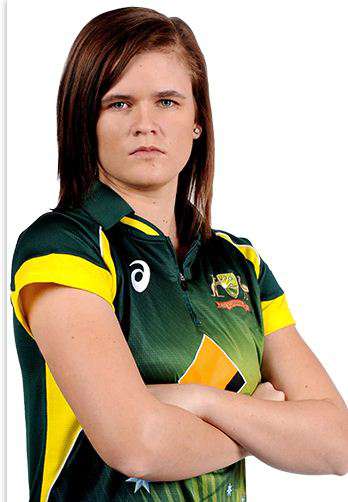 The slow left arm bowling of Jonassen wrecks havoc in the opposition batting line-up. Her discipline with the line and length is phenomenal and the Queenslander yield rich dividends for the same. She is one of the veterans of the game, having featured in 58 T20Is. Skipper Lanning will depend a lot on the 25 year old to give them the crucial breakthroughs. 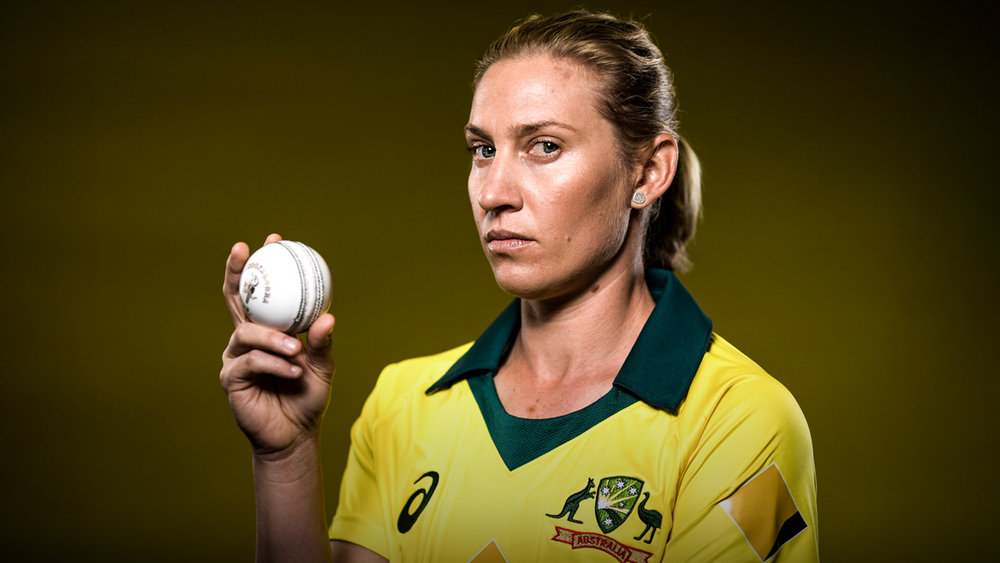 The right arm medium pacer has had a decent beginning to her T20I career having picked up 23 wickets in 19 innings. Alongside senior players like Megan Schutt and Elysse Perry, Kimmince will be expected to hold the bowling attack together. 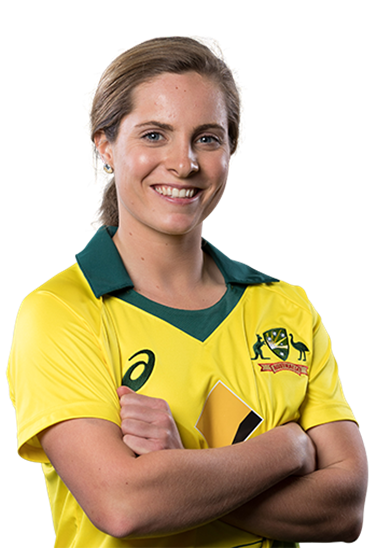 The 20 year old has so far played 8 T20I and has scalped 11 wickets with her slow left arm orthodox. It is a great opportunity for Sophie to grow under the shadow of her senior teammate Jess Jonassen and enhance her bowling repertoire. 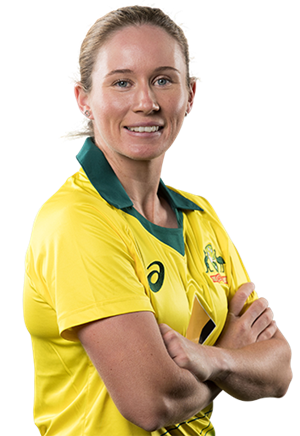 The powerful left hand bat has already a T20I century to her name having featured in 25 matches. The 24 year old is a sweet timer of the cricket ball. Mooney can also keep wickets if required, thus giving captain Lanning an additional wicket-keeping option. 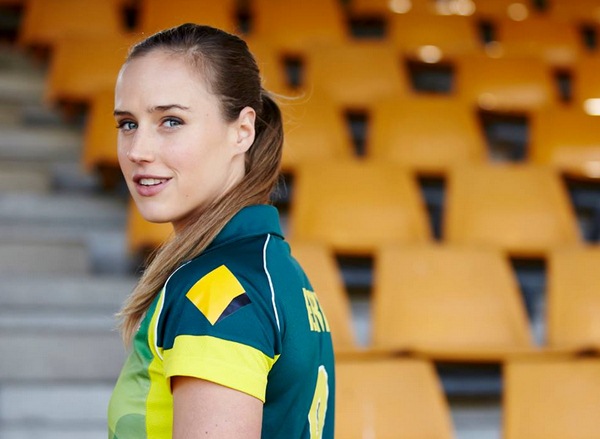 The classic all-rounder will be expected to fire on all cylinders if the Australians haveto make it big in this year’s Women’s World T20. Perry’s exploits with both, bat and ball are incredible. She is just shy of 5T20I from completing a century of appearances in international T20 cricket. With 90 wickets and 851 runs in her kitty, the 27 year old is a player to watch out for. 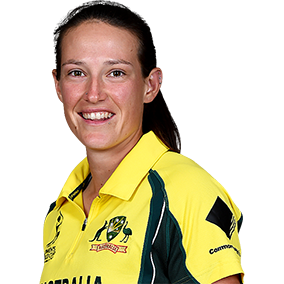 The epitome of accuracy, Megan Schutt is one of the finest medium pace bowlers in the world. In her 40 international appearances, Schutt has accounted for 45 wickets. An economy under 6 and an average of 16.77 makes the 25 year old a threatening bowler for the opposition. 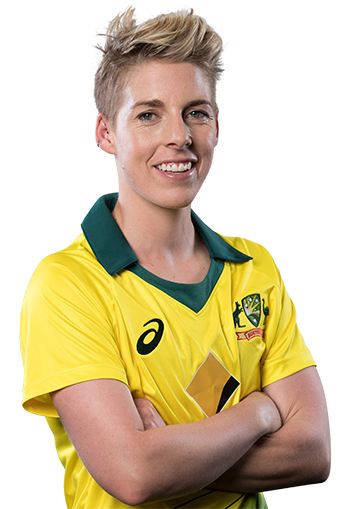 With 12 half centuries to her name, Elyse Villani is a powerful right hand bat coming in the middle order. She has an experience of playing in 55T20Is, and will look to make the most of the opportunity that she gets in the Women;s World T20. The 29 year old is a delight to watch when she gets going. 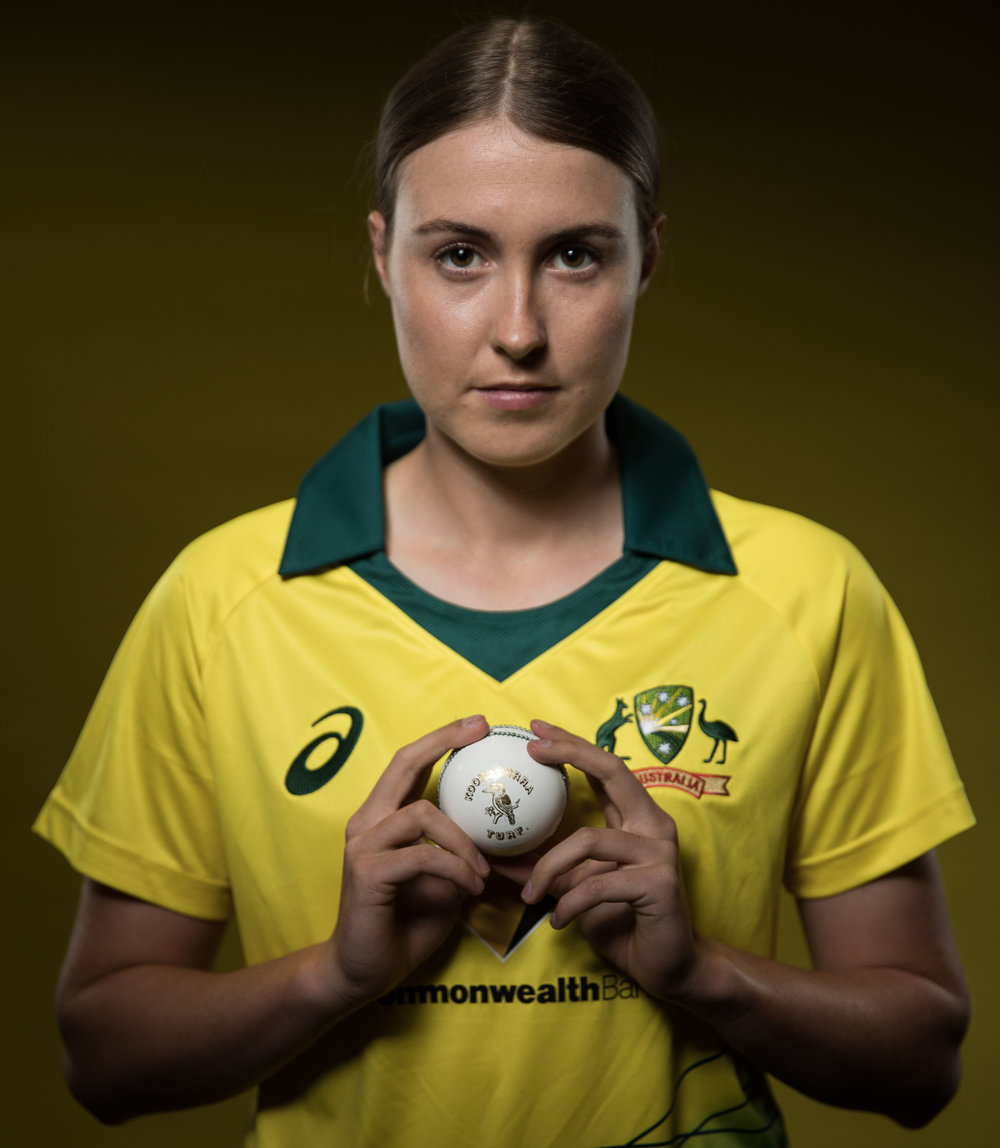 The 20 year old is yet to make her debut in her T20I career. A right hand bat and a right arm medium pacer, might get a go if everything goes well in the group stage for Australia. 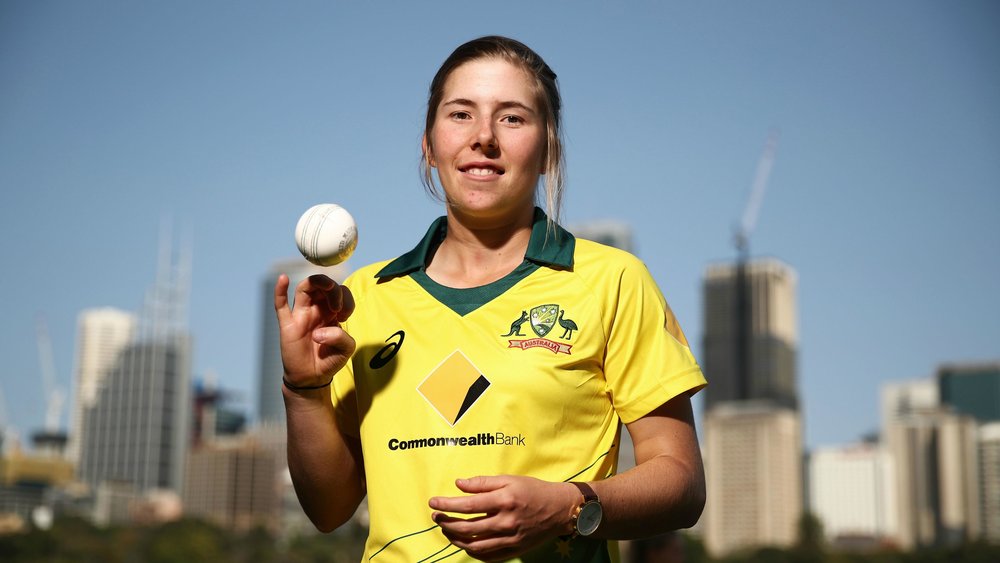 The 19 year old from Victoria has featured in 6T20Is so far and has grabbed as many wickets. Rubbing shoulders with the likes of Megan Schutt and Ellyse Perry, will definitely help the right arm medium pacer to go a long way.