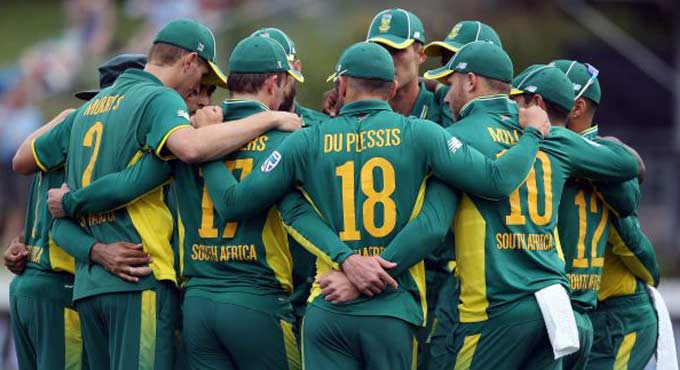 The world is yet to find a remedy for the deadly COVID19. The pandemic has brought the entire world to a halt and sports remain no different. Though a select few countries have attempted resumption of sport behind closed doors, many have resorted to cancellation of their planned sporting events. Cricket South Africa recently announced indefinite postponement of their Solidarity Cup. The tournament’s 3T format was a first of its kind in world cricket.

Statement from the partners in the Solidarity match

The operational teams behind the Solidarity match and event partners in collaboration with Cricket South Africa, 3TCricket and SuperSport met to consider the readiness to host the event on 27th June. pic.twitter.com/VqXj61ZUvl

Format of the Solidarity Cup:

“The Solidarity Cup is a thrilling new format and a match that is working towards a greater good. We are proud to partner with 3TeamCricket on this project,” the CSA official statement quoted Smith as saying.

It will be a total of 36-over match, divided into two halves of 18 overs each. Each team will get a chance to bat for one innings of 12 overs, which will also be split into two 6-over periods. Each period will be bowled by a different opponent. The order  of matches and the starting positions will be decided by a draw.

While each team will rotate from batting to bowling in the first half, the teams will bat in order of highest score in the second half of the match. The team who manages to notch up most runs will clinch gold, while the second and third side will settle for silver and bronze, respectively.

Here are the rules…. dont worry we are confused too!

The tournament has created a buzz in the South African cricket circle. It has spurred the excitement amongst the fans and has also brought about a sense of eagerness amongst the players. One only hopes for Cricket South Africa to declare new dates for the tournament.

Meanwhile, the South Africans have also begun preparations for hosting India in a 3-match T20 series against India. It will be either team’s first real cricketing encounter after a brief lockdown. The entire fraternity is hopeful for seeing no deferrals there.