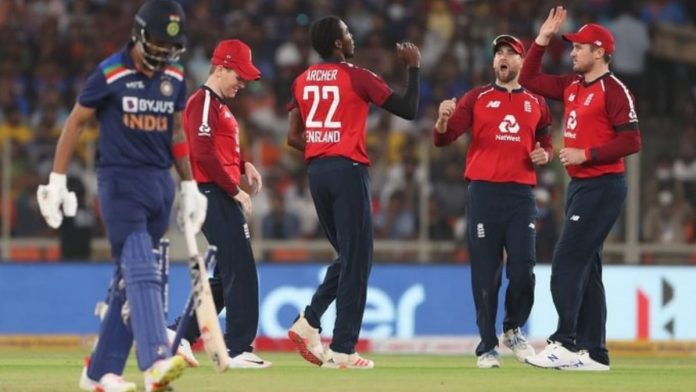 The Indian team faced a major setback against England in the First T20I at Ahmedabad on Friday. The Indian batting order struggled to score and the resulting pressure was too much for the middle order to handle. Shreyas Iyer, India’s lone positive with the bat – scoring a well-compiled half-century, could only manage to take India to 124 in the allotted 20 overs. In response, the Englishmen made it look extremely easy, finishing the chase in mere 15.3 overs. The difference between the two sides was evidently visible and the Indian team especially would be eager to step on the ground for the Second T20I on Sunday.

Indian Top-Order will have a point to prove:

The star-studded Indian top-order failed to make a mark in the first T20I. KL Rahul, Virat Kohli, and Shikhar Dhawan all departed within the first three overs exposing the middle order. The Indians, except for Shreyas Iyer, failed to judge the pitch well. None could settle in and tried too many things too quickly.

It would therefore be interesting to see how the Indian team approaches the Second T20I. Starting right from their opening combination and the availability of Rohit Sharma, India will look to address a few questions with their squad balance. They might also be tempted to play an extra pacer over the third spinner, given the pace and bounce on offer. Captain Virat Koli also has multiple options in-store, including the debutants Suryakumar Yadav, Ishan Kishan, and Rahul Tewatia. And given the ICC T20 World Cup in context, one might see one of them get a game this Sunday.

There is only little that England needs to improve going into the second T20I. They had a near-perfect day with the ball and sailed rather smoothly with the bat. The amount of firepower with the bat and the number of available options with the ball make give captain Eoin Morgan great flexibility in the squad.

The England opening batsmen showed tremendous form on Friday and would look to build on to the same. They were fearless, aggressive, and rode the bounce better than anyone else. Though their middle order was not quite tested in the first game, England is expected to continue with the same combination with the bat. However, there is a chance that the Englishmen might rotate their bowlers around testing their bench strength and perhaps making them ready for the mega-tournament later this year.