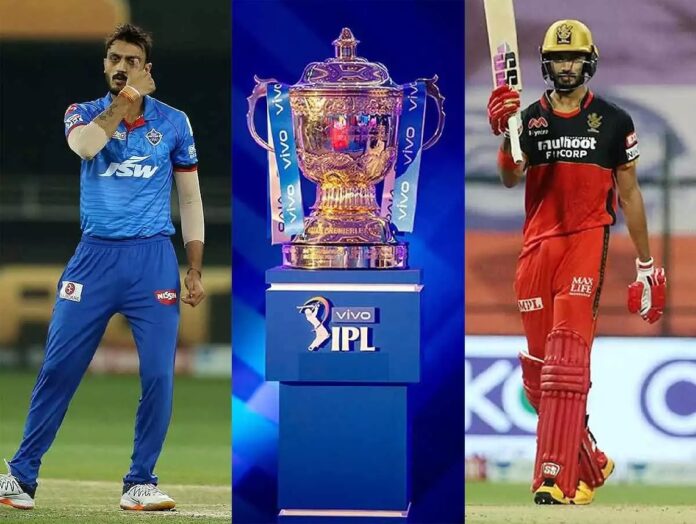 The 2021 edition of the Indian Premier League (IPL) that is scheduled to get underway from the 9th of April faced its first COVID19 scare with a couple of players reported positive over the weekend. Delhi Capitals all-rounder Axar Patel, and the Bangalore opening batsman Devdutt Paddikal were both tested positive in the last week of March, confirmed the respective franchises.

Official Statement: Devdutt Padikkal tested positive for COVID-19 on 22nd March 2021. He has been in mandatory quarantine at his residence in Bengaluru since then. Devdutt will be fit to join the RCB bio-bubble once his RT-PCR tests are negative, as per IPL protocol.

Axar Patel, who got infected only after joining the team in his second routine COVID19 Test, is isolated in a medical facility in Mumbai under IPL’s medical team. Whereas Paddikal is said to have caught the virus at his home back in Bangalore, and is home quarantined since the 22nd of March, and is in constant consultation with IPL’s medical staff. The two key players are expected to miss the opening week of the season but are likely to return sometime in the second week, only after turning negative.

Meanwhile, the other player to have tested positive prior to the tournament, Nitish Rana, turned negative on Thursday and has been allowed to resume practice with the KKR team from Monday. The welcome change will give the youngster enough time to prepare for their opening game against Sunrisers Hyderabad on Sunday.

Delhi Capitals all-rounder #AxarPatel has tested positive for COVID-19. He had checked into the team hotel in Mumbai on Mar 28, 2021, with a negative report. His report from the second COVID test, came positive. pic.twitter.com/CjRKlfzvWR

Groundsmen and staff at the Wankhede Stadium also tested positive for COVID19:

In another development in Mumbai, ten of the groundsmen and a few members of the stadium support staff were also infected with COVID19. A few members of the event management team handling the IPL games were also tested positive the same day. However, it is said that these members did not come in contact with the player and are now isolated at the Guest House in the Garware Pavilion. While we wait for more updates on their health, MCA officials confirmed that the IPL schedule will not be affected.

A partial lockdown was also declared in Mumbai city in the wee hours of Sunday, not allowing any traffic during the weekends. But having said, the IPL officials stated that the regulations are unlikely to affect the IPL given the establishment of a bio-secure bubble. The BCCI has also put Hyderabad, Indore, and Lucknow on hold if needed.

“Look, even if there is a lockdown, the teams are in bio-bubble and also it’s a closed-door event. So we are still confident that IPL games in Mumbai will be held as per schedule with Delhi Capitals playing Chennai Super Kings on April 10 on the second day of the tournament. But Hyderabad and Indore are there on standby in case the situation goes out of hand,” the IPL office-bearer told PTI on Saturday.

IPL has consistently brought joy to the lives of people and has bound the Indian fraternity together for almost 14 years now. While one expects the league to be played without any hiccups, this kind of news often creates panic and tension in the surroundings. We only hope the IPL starts and ends well this year, without any COVID19 related problems.