A sport is nothing but a mirror to the various aspects of a society. It is a mode through which a person individually or collectively strives towards showcasing his best. The evolution of sports, including cricket, over the years has channelised energies of many in the right directions. But at the same time, the increasing competition and the ever-exceeding hunger to succeed has cast a shadow on the sanctity and discipline in the game. Fair to say, as in a few other sports too, ‘Racism’ is the one unwanted mirror in cricket. It reflects back the discrimination and inequality witnessed by a few in this cricketing world.

One of the earliest known literatures include the ‘Cricket and the mirror of racism’ by Chris Searle. The publication included an unfortunate tale symbolizing how the British fans and media resided to racist means to criticize the touring Pakistan team. The aparthied in and around South African cricket is also well known by now. So much so, that the country decided to enforce a compulsion in the inclusion of coloured men in the country’s cricket team. With time however, South African cricket has matured and has blessed the world with a few of World’s best cricket players. 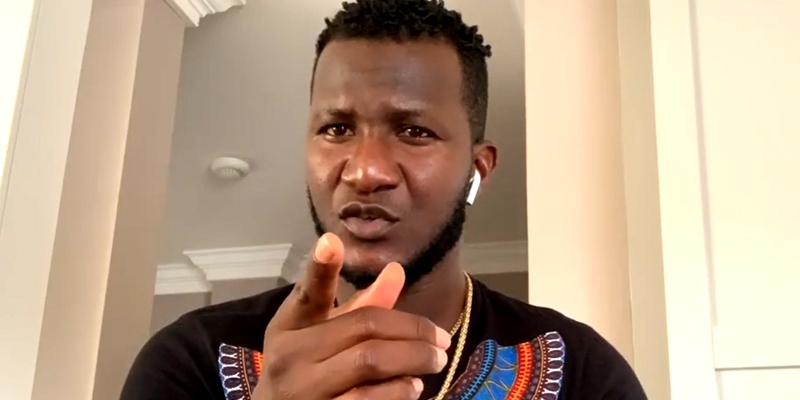 Darren Sammy’s Instagram video took the whole cricketing world by storm. In the aftermath of the worldwide movement against racism, Sammy was seen talking about his experiences from the Sunrisers camp of 2014. He spoke about how he and Thisara Perera were called “K**lu” by his teammates. Unaware of the meaning then, Sammy let it go but is now infuriated by the whole incident. Ishant Sharma’s post from 2014 also features Sammy referred to with the same name in the caption. The Delhi speedster is yet to release his comments over the matter.

Many cricketers from around the world also took social media to voice their opinions about this emerging omen in cricket. Irfan Pathan was quoted saying that a bit of racism exists in every bit of India’s domestic cricket circuit. Jason Holder the West Indies Test captain, currently in England for a Test Series said:

“I would be foolish to sit here and say that racism is not prevalent in our sport. I have not followed all of what Sammy has said but in terms of racism in general it is definitely all around us. For me the only solution is finding unity and equality in all races.”

Another incident that came over recently involved Yuvraj Singh calling his fellow India teammate Yuzvendra Chahal as “Bh***i”. The cricketing world and media took due notice of it. Yuvraj had to clarify that he did not mean and his statements were wrongly blown out of proportion. It was just a friendly banter and an even more friendly reference but as celebrities and influencers, cricketers need to be sound with what they speak. Racism stands no place in the sport and for the players, it is especially important to be aware of the mediums through which they express their friendly opinions.

The need to teach:

The upcoming stories highlight the dire need for sensitivity and a behavioral training for the players and officials. While such racist references and nicknames need to be stunted on a world stage, the players ought to be mentored about their social and cultural responsibilities. KL Rahul and Hardik Pandya’s appearance on ‘Koffee with Karan’ last year also revealed similar needs. It will be interesting to have BCCI’s take on the happenings overall. Monitoring the thin line between aggression and disdain holds key, and who better than Saurav Ganguly to lead India through the same. With all said, it is also vital for the commentators and broadcasters to be thoughtful as they speak. The command, politeness and the tone in which the commentators put forth their point and perspective is of utmost importance. Though the professionals have been pretty successful at being gentle over the years, there also exist a few exceptions. In 2006, the Australian Dean Jones got himself into a similar controversy. He referred to the African Hashim Amla as a ‘Terrorist’ during one of his live stints. The open-ended statement was perceived differently by the world and Jones saw himself removed from the commentary panel for a while.

Stricter rules for the Spectators:

As much as players and officials, spectators are equally responsible for our sport to be played in the right spirits. Passing racist, or for that matter, insulting comments of any kind is disrespect of its highest kind towards the game. Jofra Archer, the English fast bowler, has been a victim of racist comments twice over the last one year. He was mocked by the Australian fans at Old Trafford during The Ashes and by the Kiwi supporters at Mount Maunganui a series later. Both ICC and the participating teams highly condemned these incidents. Kane Williamson also went on to publicly apologize Archer for the shameful doings of his home supporters.

Cricket is a source of joy, inspiration, belongingness and a medium to meditate for many across the globe. As fans, it is natural to involve, indulge and celebrate the sport to its fullest. But at the same time, it is highly imperative to solve the problem at its very roots.