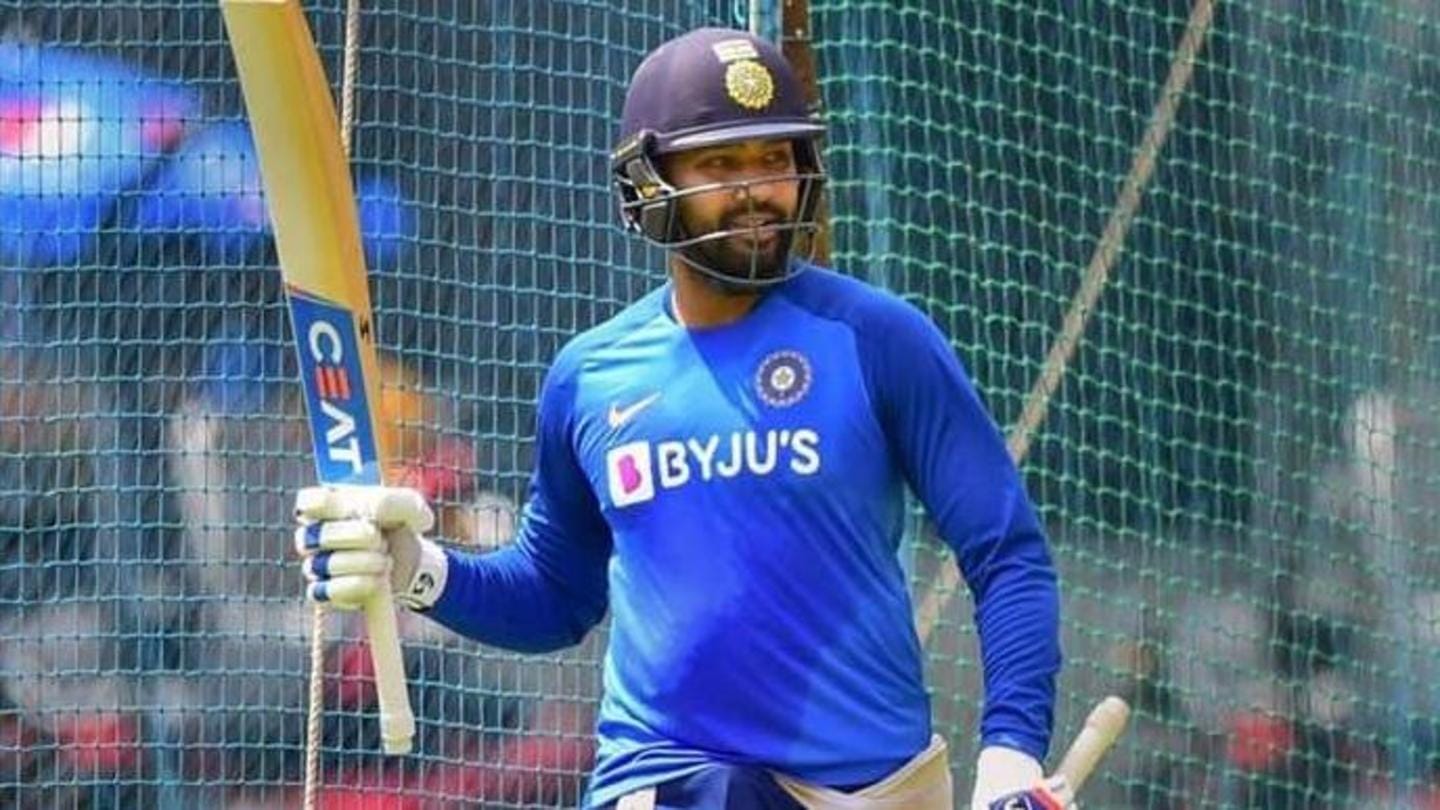 Rohit Sharma, currently recuperating at the NCA, opened up about his injury and the decision to miss a part of the Australia Tour. Clearing the air over the hiatus caused by many across the country, Rohit said that he was unaware of the outside world and happenings, but was constantly in touch with the Mumbai Indians as well as the BCCI management, both before and after the squad selection.

Talking to PTI, the Indian vice-captain explained, “Hamstring is feeling absolutely fine. Just started the process of getting it nice and strong. Before I play the longer format, I absolutely needed to be clear in mind that there is no stone that is left unturned, that’s probably the reason, I’m at the NCA. So for me, it was not a concern what x, y, or z was talking about like whether he would make it to Australia.”

The Mumbai Indians’ IPL winning captain was out with a hamstring injury midway through the tournament but came back to take his team to the title. The Indian National selection committee led by Sunil Joshi announced the squads for the Australia series on October 26 with Rohit’s name missing across formats. The Board of Control for Cricket in India (BCCI) did not specify any reason for his omission other than stating that his progress and fitness will be monitored. Incidentally, it was the same day when Rohit’s IPL home released a video of Rohit Sharma in the training nets raising ample questions. Moreover, Rohit also came back to play the two playoff matches fuelling the hullabaloo even more.

Rohit was later added to the Test squad and rested from the white-ball leg. Addressing the same he said, “I don’t know what was going on, to be honest, and what all were people talking about. But let me put this on record, I was constantly communicating with BCCI and Mumbai Indians.”

“Once the injury happened, the next two days all I did was to figure out what I can do in the next 10 days? Whether I will be able to play or not? Unless one goes to the ground, one won’t know how the body is shaping up,” he added. About his return to the IPL, Rohit said, “I told them (Mumbai Indians) that I can take the field since it is the shortest format and I will be able to manage the situation quite nicely. Once I made my mind clear, it was all about focussing on what I needed to do.”

Unfussed with all that’s been talked about Rohit maintained that he was not 100% fit taking the field in the playoffs but followed a set plan. “Of course, there is still some work that needs to be done on my hamstring. That’s why I didn’t go to Australia for the white-ball leg as there are back-to-back games. Around 6 games in 11 days,” he said, on the upcoming ODI and Twenty20 series.

“So I thought if I get to work on my body for 25 days, I can probably go and play the Test matches. So it was an easy decision for me and I don’t know why it became so complicated for others,” he said. This conversation is likely to release the tension that had been created by many from the country as well as the globe.