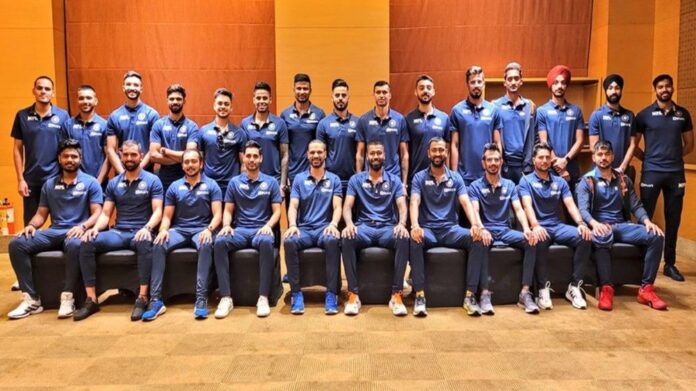 India tour of Sri Lanka that was previously scheduled to begin from July 13th is set to be postponed to July 17th say reports, following multiple Covid19 cases in the home team.

Two of Sri Lanka’s support staff members were tested positive for the virus this week, following which the players have been sent to isolation. Sri Lanka’s data analyst GT Niroshan tested positive for the virus on Friday, while batting coach Grant Flower had returned a positive test a day before. The team, returning from England after a brief limited-overs series, will undergo RT-PCR tests again on Monday and will enter the bio-bubble for the India series if turned negative.

The times we live in! No series is on till it actually begins. Now Sri Lanka-India to get pushed back because of cases in the SL team returning from England. Increasingly the only way to play is to have a strict bubble; won't be surprised if England is forced to go that way again

Earlier, Sri Lanka had also named the squad for this series with Dasun Shanaka being given the responsibility of leading the side. Sri Lanka cricket has also had a contingency squad ready in Dambulla in case of required backups.

As per the original schedule, the ODIs were to begin on July 13th and T20Is on July 21. However, reports suggest a 4-day delay for each game of the 3 match ODI and T20I series. Sri Lanka Cricket is set to announce the revised schedule of the matches to the Board of Control for Cricket in India and the broadcasters on Saturday.

Meanwhile, the Indian team has been in the bio-bubble venturing on the ground periodically only for practice. In photos recently shared by the BCCI, Prithvi Shaw and Hardik Pandya were seen hitting the long balls in one of the few intra-squad practice games played.

The pandemic has hit the cricketing world badly again of late with a few of England’s main-team players and support staff also being tested positive for the Covid19 virus. However, the world continues to fight and put up a strong front. The sport continues to keep the moods light and the environment merry.