2019 saw the start of the inaugural World Test Championship in which India is currently dominating. Bowlers from various countries took hat-tricks across all formats. Apart from this, legends of cricket retired which made the audience surprise. The Indian Cricket Team performed brilliantly across formats but could win the 3rd World Cup title.

It was an amazing year of cricket that saw many memorable moments that the audience will cherish forever. Before the 2019 World Cup started, England was touted as the favorites to win the title. They looked a strong outfit with top quality batters with the likes of Jason Roy, Jonny Bairstow, Jos Buttler, and other match winners. Jofra Archer who had speed was included in the squad to make the bowling look strong.

England began the 2019 World Cup with a resounding 104 runs win over South Africa in the opening match played at Oval on 30th May. In their next match, they were stunned by Pakistan losing the match by 14 runs. Pakistan posted a massive total of 348 for 8. Despite Jos Buttler and Joe Root centuries, England fell short of the target by 14 runs.

England won their next 3 matches against Bangladesh, West Indies, and Afghanistan to be in a comfortable position. The hosts were stunned by Sri Lanka played at Headingly, Leeds by 20 runs. After restricting Sri Lanka to 232 for 9, despite Ben Stokes’s performance, England lost the match.

The hosts were outplayed by the Aussies in their next match played at Lords on 25th June. Australia scored 285 for 7 and in reply, England was bowled out for 221.

England came back strongly to win their next two matches against India and then against New Zealand to qualify for the semi-finals. They finished 3rd in the points table with 12 points.

In the semi-finals, England crushed Australia by 8 wickets to qualify for the finals. It was a superb bowling effort by the hosts to restrict Aussies to 223 and then chase down the target with ease.

England became the Champions of the World defeating New Zealand in one of the amazing matches. After electing to bat, New Zealand posted 241 for 8. In reply, England was struggling at 86 for 4 when Stokes and Buttler 110 runs stand for the 5th wicket made the match interesting. With 15 runs required off 4 balls, Stokes hit a six, and then 6 runs via overthrow made the match interesting.

In the Super Over, Stokes and Buttler scored 15 runs which made the life tough for Kiwis. In reply, Kiwis also scored 15 runs but on boundary count, England won the 50 over World Cup for the first time. 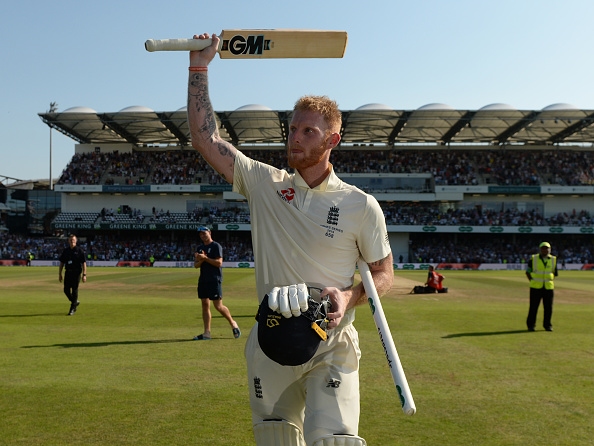 Ben Stokes proved to be a genuine match-winner for England in the year 2019. In One day, international format, Stokes scored 719 runs from 20 matches (17 innings) with an average of 59.91. He played a key role in helping England win their maiden World Cup title with 465 runs from 11 matches at an average of 66.42 with 5 half-centuries. His best score in WC 2019 was 89.

When England was struggling in the finals at Lords against New Zealand, Stokes scored 84 not out and almost took the hosts of winning the title. With the ball, Stokes took 7 wickets in World Cup 2019 and showed his class on the field.

Ben Stokes also proved his worth in Test cricket with 821 runs from 11 matches (21 innings) with an average of 45.61. He played one of the best innings of the year during the 3rd Ashes Test match at Headingley against Australia. Chasing a massive 359 runs to win, Stokes came at the fall of 3rd wicket at 141. On the fourth day, England kept losing wickets at regular intervals. With only 1 wicket to go and 76 runs required, Stokes stunned Australia with amazing hitting and rotating the strike. He remained not out on 135 to help England snatch a memorable win by 1 wicket to level the series. Stokes scored 441 runs in the 5 match Ashes series. The series was leveled at 2-2, but Australia retained the urn. 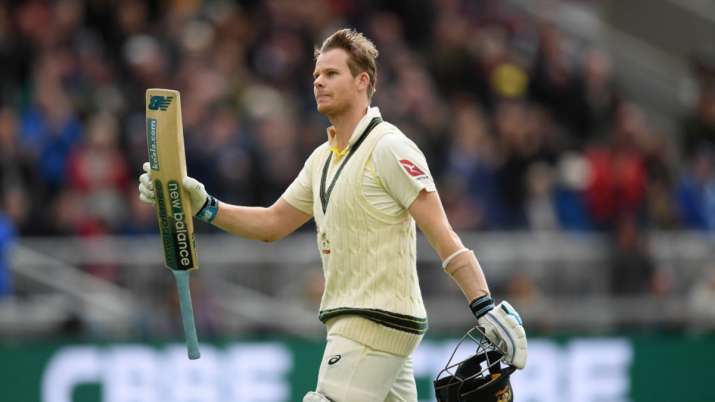 Steve Smith returned to Test cricket after a ban of 1 year regarding the ball-tampering scandal. He played a pivotal role in Australia retaining the Ashes. In the first Test match played at Edgbaston, Birmingham from 1st August, Smith scored a brilliant 144 runs in the 1st innings and took Australia to a respectable total. In the 2nd innings, he hit 142 to help Australia win the 1st Test match by 251 runs.

In the second Test match at Lords, Steve Smith scored 92 in the first innings but due to a concussion, he did not come to bat. He did not feature in the XI for the 3rd Test match against Headingley which Australia lost by 1 wicket due to Ben Stokes’s brilliance.

He returned in the playing XI for the 4th Test match played at Old Trafford, Manchester. Smith scored a brilliant 211 which helped Australia post a massive total of 497 for 8. In the 2nd innings, also he made 82. Australia won the match by 185 runs to retain the Ashes.

In the fifth and final Test match at Oval, London, Smith scored 80 and 23 which could not prevent Australia from losing the match by 135 runs. He made a record-breaking 774 runs from 4 Test matches ( 7 innings) with 3 centuries and 3 half-centuries at an astounding average of 110.57 with the best score of 211. His knocks helped Australia retain the Ashes. 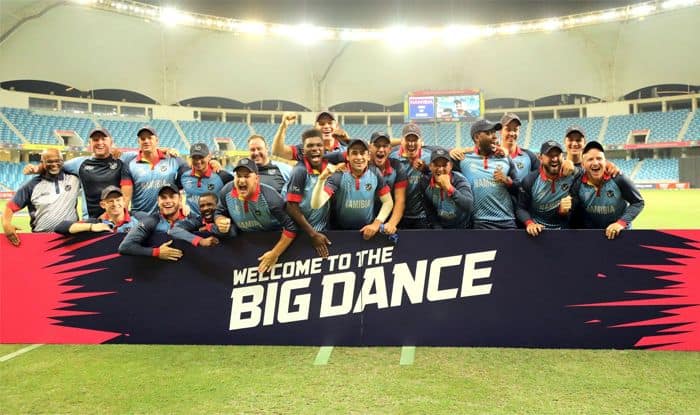 Papua New Guinea and Namibia qualified for the World T20 for the first time that will take place in Australia 2020.

Both took part in the ICC World T20 qualifiers that took place from 18th October to 2nd November 2019 in UAE. PNG qualified for the prestigious tournament by topping Pool A. They had the same points compared to the Netherlands, but due to a better net run rate, the African nation qualified for a major tournament for the first time.

PNG defeated Bermuda, Namibia, Netherlands, Singapore, and Kenya. Their only loss in the Group Stage game against Scotland. After the Netherlands could not chase down 131 in allocated overs, it was a memorable moment for PNG cricket.

Namibia qualified by beating Oman in the qualifier 2 played on 29th October at Dubai. In the Group stage, their start was not great as they lost to Papua New Guinea and Netherlands. They raised their bar by winning the next 4 matches against Scotland, Kenya, Singapore, and Bermuda. This was a historic moment as Namibia made it to the World T20 for the first time.

PNG will be pitted against Sri Lanka, Ireland and Oman in Group A during the qualifying round. Namibia will face Scotland, Netherlands, and Bangladesh in Group B. Top two teams from the pool will qualify for the Super 12 stage. 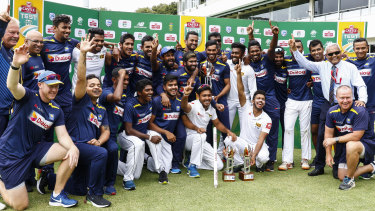 Sri Lanka became the first Asian nation to win a Test series on South African shore. In the first Test match played at Kingsmead, Durban from 13th February, Sri Lanka stunned South Africa by 1 wicket. Chasing 304 runs to win, Sri Lanka were reeling at 226 for 9. Kusal Perera played a blinder of an innings and 78 runs for the final wicket. Vishwa Fernando gave full support scoring just 6 runs. Sri Lanka won the match by 1 wicket with Kusal Perera not out on 153.

In the 2nd Test match played at Port Elizabeth from 21st onward, Sri Lanka won the match by 8 wickets. Despite a poor batting performance in the first innings, Surgana Lakmal and Dhanjaya de Silva stunned the South Africa batting line up. Chasing 197 runs to win, Kusal Mendis and Oshando Fernando unbeaten partnership of 163 runs helped Sri Lanka chase down the target with 8 wickets remaining. It was a remarkable performance by the young Lankan side who had no experience in the batting and bowling line up.

Kusal Perera was awarded the man of the series for his brilliant 153 not out at Durban. Sri Lanka showed great fighting spirit and registered a historic 2-0 whitewash over the experienced South African side.