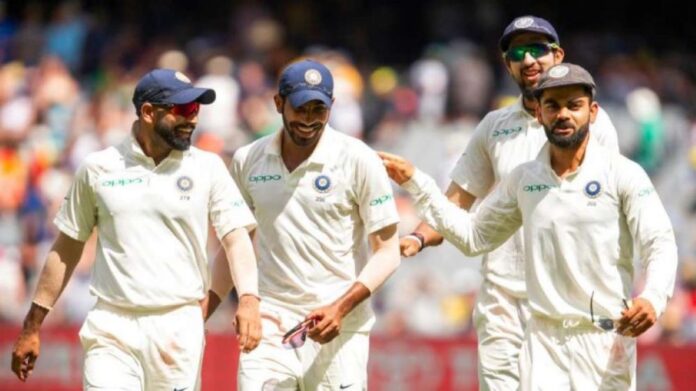 A total of 303 wickets in the 2304.5 overs bowled across 160 innings at an average of 22.15 and strike rate of 45.6 was the best bowling performance by any team in this World Test Championship. The Indian bowling attack, on an unparalleled rise in the last three years, did not leave a single opposition unscathed and mundanely ran through the rank batting lineups of the top teams from around the globe.

The pace bowling attack of Ishant Sharma, Jasprit Bumrah, and Mohammad Shami was at the forefront of the mass destruction in all of the six series that India played in the World Test Championship. The backup options in Mohammad Siraj, T Natarajan, Shardul Thakur also performed exceedingly well in their maiden chance down under against Australia last year. To add on, the Indian spinners Ravichandran Ashwin, Ravindra Jadeja, as well as the replacements in Washington Sundar and Axar Patel have all been in surreal form flooring the opposition batters with their spin both home and away. Indian bowlers picking up 20 wickets in an overseas Test match was a once-in-a-blue-moon site a few years ago, but today the emerging talents in Indian cricket have made it look pretty mundane.

Be it an individual milestone or a collective effort, India has often ended up on the winning side whenever the bowlers have performed. Starting off at the West Indies in the two-match away series, till the 4-match home series against England, there have been plenty of moments with the ball for the Indians. Bumrah’s two five-wicket hauls in consecutive Tests against West Indies in 2019 stamped his authority in the tournament early. He followed the unfathomable 5/7 with 6/27 in a breathtaking spell of fast bowling, including a hat-trick. Bumrah’s spell left the Windies’ top-order hiding for cover. Another bowler who had pretty much a similar influence on a Test match but at home in India was Mohd. Shami. Bowling against the mighty Africans, ‘second-innings Shami’ exploited the reverse swing magnificently to take India to a 257 run victory. He returned with figures of 5/35. Faf du Plessis made the cardinal sin of leaving one of Mohd. Shami’s vicious reverse inswinger only to find his off stump tumbled away to the keeper – arguably one of the best sites to savor.

One other such authoritative spell came in the recent Australia tour in the final Test at Gabba. India, courtesy of a tremendous fightback from Thakur and Sundar remained in the contest but still had the steeper part of restricting the Aussies to a chasable total. Leading the Indian pace attack in only his third game, Mohammad Siraj took the onus on himself to deliver. The speedster showed excellent skills with the new ball and was also effective with the reverse as he cruised to his maiden 5-for. His partner in crime, Shardul Thakur too claimed 4 wickets in the innings, troubling the batters with his bounce and accuracy. Together, the duo put the Indians back into the game and thereby laid the foundation for the miraculous run-chase that followed on the final day. Both Shardul and Siraj, post the Gabba Test, carried the same confidence into the England series and then the IPL to add strength to India’s unending list of pace-bowling options. The fairytale-man T Natarajan also made it to the list after his exploits in the first innings of the same game.

In an unprecedented time, the Indian pacers over-shadowed the consistency and contribution of the Indian spinners. Ashwin and Jadeja, who’ve been the messiahs of Indian spin bowling in Tests for a while now continued their dominance in the format. Their replacements in Sundar and Axar as well bowled exceedingly well in the limited opportunities that they had. Axar Patel in the England series returned with a record 27 wickets in just 3 games including as many as 4 5-wicket and a 10-wicket haul. He played a perfect second fiddle to Ashwin who too was absolutely magnificent to make the batters dance to his tunes. Be it the dream spell in Melbourne in Australia last year, a couple of noteworthy performances against South Africa and West Indies, or the recently concluded England series, Ashwin has been amongst wickets throughout. With 64 wickets, he is one of the leading wicket-taker in the World Test Championship overall. A bowler with a great sense of understanding, extreme intellect, sounding accuracy and discipline, and enough variations to eliminate the nature of the pitch, Ashwin once again will be a bowler to look out for in the WTC Finals next month.

Overall, the way India has adapted to the changing conditions in the game, the strictness of the bio-bubble and the mental aspects attached to it, the increased travel, imposed restrictions and a monitored lifestyle have been phenomenal. The culture that the team management has developed, the atmosphere in the dressing room that they’ve created have done wonders to every single player in the team. Right from a veteran to an incoming youngster, each and every Indian player has had a well-defined role in the team with enough freedom to express himself on the field. Needless to say, World No.1 Indian team for the last 5 years has been a revelation to watch and indeed an inspiration for all the generations to come.