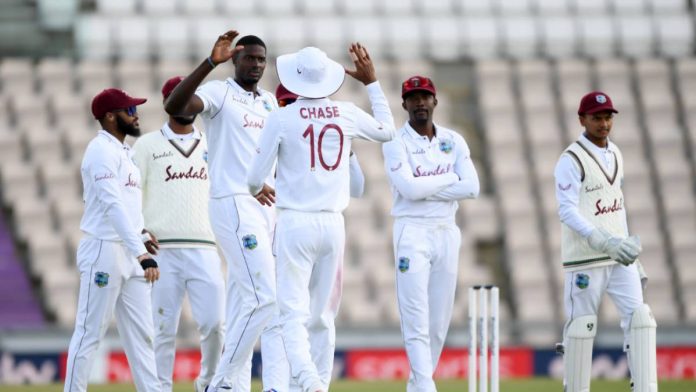 West Indies marked their arrival in England with an opening win against the hosts in the first Test. Jermaine Blackwood’s 95 propel the visitors to a four-wicket win at The Ageas Bowl.

Chasing 200 in the last innings, Windies were down to 27/3 with opener John Campbell retired hurt, courtesy of Archer’s toe-crushing yorker. However, a determined Blackwood with able support of Chase, Dowrich and Holder marched through to take his team home. It was sheerly unfortunate for him to miss out on a well deserved, well compiled and an elusive Test century.

West Indies over the recent past have shown the temperament, skill and the ability to play the brand of Test cricket they were previously known for. Under the able leadership of Jason Holder, the young have matured and the experienced have flourished even further. It is the leader’s superiority with the ball and the bat that has rubbed shoulders with his team-mates. Holder has been quite pro-active as a captain in the team selections, rotation of bowlers, field settings as even with the DRS (also seen in this match). He has most times led from the front consistently performing for his team. An average in excess of 42 with the bat and under 14 with the ball in the last two years is proof of his undisputed leadership.

How the Drama unfolded:

At Ageas Bowl, the raingods only allowed a little play on Day 1, that too divided in phases of only a few overs each. At stumps, in 17-odd overs, England had managed to score 35 for the loss of Dom Sibley.

On Day 2, It was Jason Holder’s 6 wicket haul in the first innings that put West Indies in command. Coming in late post Gabriel’s magic with the new ball, Holder got the ball to nip back in creating troubles for the English batsmen. He made good use of his heights and created angles around the wicket forcing batsmen to play at it. As a result, the Englishmen could only put 201 on board. In reply, the West Indies began well with Brathwaite and Campbell’s stable opening partnership. Brathwaite also went on to complete his half century, a much needed one considering his recent form.

By Day 3, the Windies’ final score of 318 included decent contributions from Brooks and Chase and a fifty from Shane Dowrich, another out-of-touch batsman. The 114-run lead meant a healthy cushion for the visitors but tons of pending work for the hosts. Leading the team for the first time, Ben Stokes also felt the pressure of performing to his best. The task was made tougher by the discipline and accuracy of the West Indies bowlers. The bowlers posed a threat every other hour and continuously asked questions of the English batsmen.

On Day 4 of the Test match, England seemed quite comfortable having accumulated a hundred run lead with just 3 wickets down. While Dom Sibley was out immediately the next ball after his fifty, Zak Crawley, the other half centurion from the innings carried along with captain Stokes for support. However, towards the end of the day’s play, the West Indies bowlers and especially the Man of the Match- Shannon Gabriel (9 wickets in the match), struck back – not once, not twice – but five times in space of an hour. England ended the day at 284/8.

A stern test awaited Stokes’ England the next morning. Not only their bowlers had to perform well with the ball, but Archer, Wood and Anderson also had a responsibility with the bat to score as many runs as possible. Each run on the fifth morning was a bonus. The West Indies bowlers attacked with timely bouncers and also tried to get the ball to reverse. After going for a few boundaries off wild slogs, Windies eventually managed to get England bowled out for a 313. 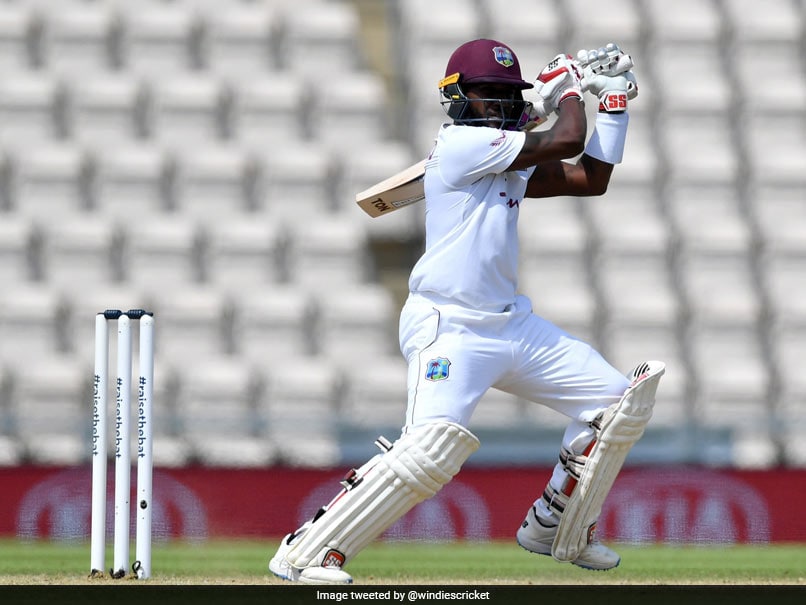 Both sides have had a long time to build up, we came into camp 3-4 weeks ago. West Indies have been in Manchester. Don’t think there was nerves flying around, it was a hard-fought game and great when games go to day five. Thought skills and level of cricket was fantastic. – Ben Stokes after the match

A target of 200 was good enough to establish a fair contest between the bat and ball. The bowlers had a good start in the fourth innings. Archer was right on target, almost as if his Twitter alterations with Tino Best had fired him up to deliver wickets. The speedster first made Campbell retire hurt with an unexpected yorker and then rallied to knock out Jofra Archer and Shalimar Brooks in the same spell. Mark Wood, who was chosen over the experienced Stuart Broad also got amongst the wickets leaving WI struggling at 27/3. It was then that Jermaine Blackwood, the artist, painted a crafty innings of 95 on the Ageas Bowl canvas. With Chase, Dowrich and Holder for support, he brought the Windies close to the target giving it away just 5 short of his century. West Indies though, went on to win the match by 4 wickets.

A Historic win for the West Indies:

“Right up there with one of the best victories we’ve had a a group. Day 4 was hard, long toil and the bowlers keep coming back, gave everything. It was a hard-fought day of Test cricket. [Blackwood?] Outstanding innings, I was disappointed when he got out but that’s the way he plays. He always gives effort, and today was his big moment.” – Jason Holder after the match

This was West Indies’ only second win on English soil this century. It was one of the most clinical performances the team had produced in over two decades. They had overcome their nemesis of yesteryears and had once again made a bold statement just about when the world was to write them off.

The match began with Michael Holding’s emotional speech with regard to the Black Lives Matter campaign. The players did take motivation off it and it was pretty much visible on the cricket field. The restrictions had their own effects but with fist and elbow bumps all around, cricket was much merrrier. Being first international match post quarantine, the fans from across the globe enjoy Test cricket at its ecstatic best. Behind closed doors nonetheless, the WI fans at their respective homes cherished a well-deserved victory. West Indies now take a 1-0 lead in the three-match #raisethebat series. And to everyone’s memory, they also take home 40 WTC points.